How long have Stacey and Joe been together and will they get married? And who are their children Zachary, Leighton and Harry? We have all your questions answered as we asses why their relationship has gone from strength to strength.

Stacey Solomon and Joe Swash have become one of the nation’s favourite couples ever since they started dating in January 2016 and now they even have their very own baby, Rex.

Stacey, 30, who made huge earnings since appearing on The X Factor, and Joe have won over fans with their sense of humour and loved up pictures on their Instagram accounts leaving many speculating as to when they will get engaged.

What's more the couple have a blended family, as Stacey has two sons Zachary, 12, and Leighton, eight, while Joe has 12-year-old son Harry Swash from a previous relationship with actress Emma Sophocleous.

The couple officially moved in together last September after three years of dating.

While we have all been hoping for a wedding, Stacey and Joe, 38, have both said they are in no rush to marry anytime soon.

Read More: Joe Swash praises ‘amazing’ Stacey Solomon as he opens up about juggling Dancing On Ice and parenthood 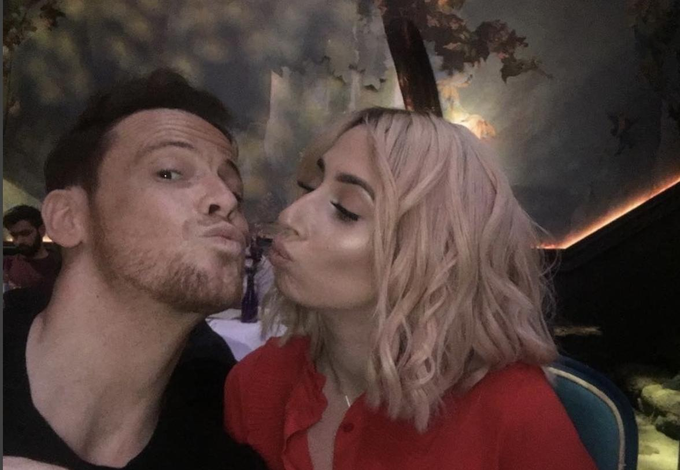 On 23rd May 2019, the Loose Women presenter went into labour "a lot earlier than planned".

Joe announced the news with a sweet picture of mum Stacey cradling the newborn from her hospital bed.

He wrote: "This morning. A lot earlier than planned I watched the love of my life, bring a new life into the world. We are overwhelmed, overjoyed and apprehensive of what’s to come. Mummy and baby are well and resting. We are so grateful for all of the love, support and positivity we’ve received over the last 8 months." 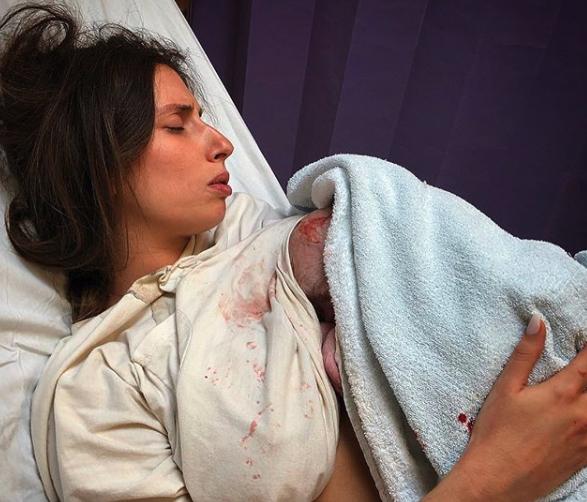 "I’m lost for words to describe how I’m feeling. So for now, I’m going to spend the next few days and the rest of my life falling more in love with these two humans. I didn’t think it possible but, today I witnessed the impossible. My partner, My love, my life, you are a super human. I am forever in awe. Joe X"

On February 22nd 2019, Joe announced Stacey was pregnant with their first child.

In Joe's announcement he posted a shot of expectant Stacey curled up on the sofa as he penned: "Have been driving myself mad thinking that she’s bored senseless of me and can’t stand to be awake for longer than 10 minutes of my company...
"So you can imagine my delight to find out that she still loves me and my company very much she’s just been growing a baby...
"I can’t begin to describe how happy we are to be able to share this wonderful news... We’ve been so blessed with 3 incredible children that we’ve had the privilege of raising...

"We are forever grateful to have the chance to become parents to another wonderful child... It’s all overwhelming and emotional and we couldn’t be happier right now."

Do Stacey and Joe live together?

The couple revealed they moved in together in October last year after three years of dating. Speaking about their decision to live together, Stacey revealed on Loose Women that she was anxious about taking the next step in their relationship.

She said: "When I moved in with Joe, it was sort of 'oh gosh this is scary and weird' and you get that funny feeling in your tummy.

"It didn't feel...I knew it wasn't cold feet, I didn't think 'oh this is going to be terrible' it was just me worrying about a big life change."

Stacey has revealed they moved into a new home on her birthday, when she posted a picture to Instagram.

She wrote: "Was imagining being surrounded by thousands of pink balloons when I woke up on a four poster bed.

"But I’m actually sooo much happier to be waking up on a mattress on the floor surrounded by brown boxes because we are about to move in together and blend our lives together, which is the best birthday present I could have ever wished for."

How did Stacey and Joe meet?

Stacey Solomon and Joe Swash have known each other for ten years, after first striking up a friendship when they met on the set of ‘I’m A Celebrity…Get Me Out of Here!’ in 2010.

Joe had been presenting the spin-off show, and Stacey had just been crowned Queen of the Jungle, stealing the crown he had previously won in 2009.

While they didn’t end up dating until 2016, Joe has since admitted that he fancied Stacey all those years ago but the timing wasn’t right.

How long have Stacey and Joe been together?

Stacey and Joe have been dating for more than four years, after initially sparking romance rumours back in January 2016.

Fans began speculating the pair were an item after they were seen enjoying romantic weekend away together at Champney’s Henlow Heath Spa in Bedfordshire.

Looking happier than ever, Stacey then posted a picture of herself wearing a bathrobe at the spa, with the caption: “such a lucky girl.” 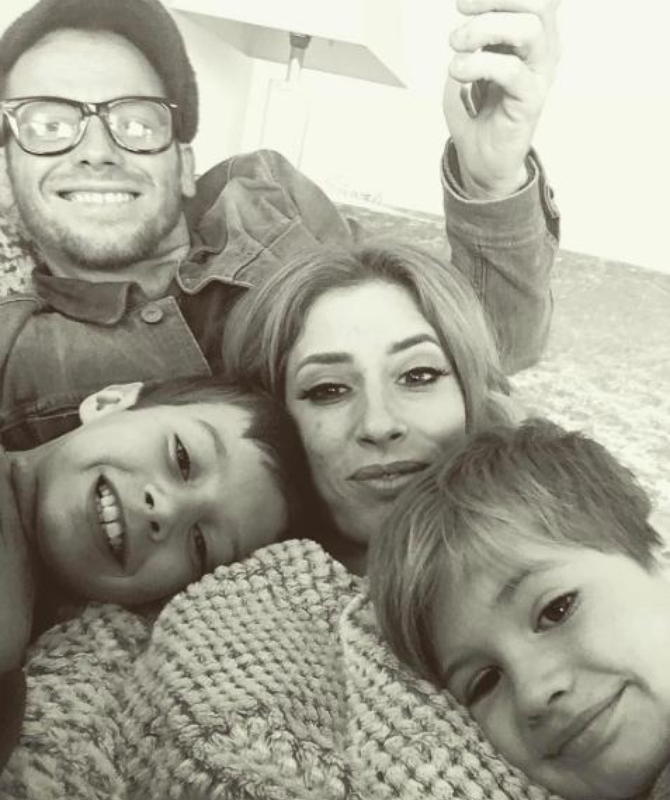 Stacey - who has two children Zachary, 12, and Leighton, eight, from former relationships - recently opened up about her reluctance to have any more kids.

However Joe, who has a son Harry from a previous relationship, previously told us he would love to have a little girl.

Are Stacey and Joe engaged?

The topic of engagement has been a contentious issue for the couple, with Stacey admitting in 2017 that she is eager for Joe to propose to her.

While the couple appear to be taking their time, Joe has reassured that he is planning to pop the question to Stacey, but they will get married when then time is right.

Stacey has often joked about taking their relationship to the next level and even posted videos to Instagram of herself wearing a wedding dress. 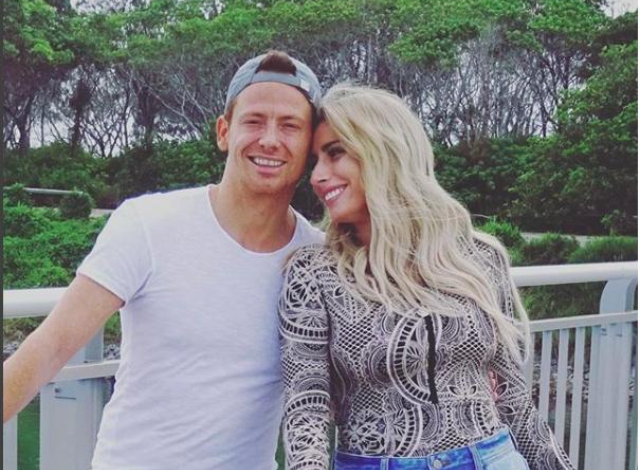 Are Stacey and Joe married?

After recently sparking speculation they got engaged, Stacey and Joe were forced to deny the rumours.

She told her Loose Women panellists: "First of all, can I just clear up. There's no ring. Would I get married without you? I Wouldn’t get married in that outfit. And, also, I wouldn't keep it a secret. I'd be so excited, you’d all be there."

Did Stacey and Joe break up?

Stacey and Joe have not split up and are very much still together and happily in love. However, Joe recently said the pair were close to breaking up when baby Rex was born.

Speaking on Stacey's podcast, Here We Go Again, Joe said thought about 'a little separation' after Stacey banned him from going near Rex as he sprayed too much deodorant.

Joe said: "I did resent you. But it's weird, because in any other situation, I would have probably gone 'we need to take some time apart, we need to have a little separation' that's how bad it was."